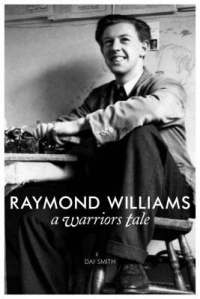 Anarchy came into English in mC16, from fw anarchie, F, rw anarchia, Gk – a state without a leader. Its earliest uses are not too far from the early hostile uses of DEMOCRACY (q.v.): ‘this unleful lyberty or lycence of the multytude is called an Anarchic’ (1539). But it came through as primarily a description of any kind of disorder or chaos (Gk – chasm or void).
Anarchism, from mC17, and anarchist, from 1C17, remained, however, much nearer the political sense: ‘Anarchism, the Doctrine, Positions or Art of those that teach anarchy; also the being itself of the people without a Prince or Ruler’ (1656). The anarchists thus characterized are very close to democrats and republicans, in their older senses; there was also an association of anarchists and atheists (Cudworth, 1678). It is interesting that as late as 1862 Spencer wrote: ‘the anarchist . . . denies the right of any government . . . to trench upon his individual freedom’; these are now often the terms of a certain modem liberalism or indeed of a radical conservatism.
However the terms began to shift in the specific context of the French Revolution, when the Girondins attacked their radical opponents as anarchists, in the older general sense. This had the effect of identifying anarchism with a range of radical political tendencies, and the term of abuse seems first to have been positively adopted by Proudhon, in 1840.
From this period anarchism is a major tendency within the socialist and labour movements, often in conflict with centralizing versions of Marxism and other forms of SOCIALISM (q.v.). From the 1870s groups which had previously defined themselves as mutualists, federalists or anti-authoritarians consciously adopted anarchists as their identification, and this broad movement developed into revolutionary organizations which were opposed to ‘siate socialism’ and to the ‘dictatorship of the proletariat’. The important anarcho-syndicalist movement founded social organization on self-governing collectives, based on trade unions; these would be substituted for all forms of state organization.

Also, however, mainly between the 1870s and 1914, one minority tendency in anarchism had adopted tactics of individual violence and assassination, against political rulers. A strong residual sense of anarchist as this kind of terrorist (in the language, with terrorism, from C18) has not been forgotten, though it is clearly separate from the mainstream anarchist movement.

Conscious self-styled anarchism is still a significant political movement, but it is interesting that many anarchist ideas and proposals have been taken up in later phases of Marxist and other revolutionary socialist thought, though the distance from the word, with all its older implications, is usually carefully maintained.